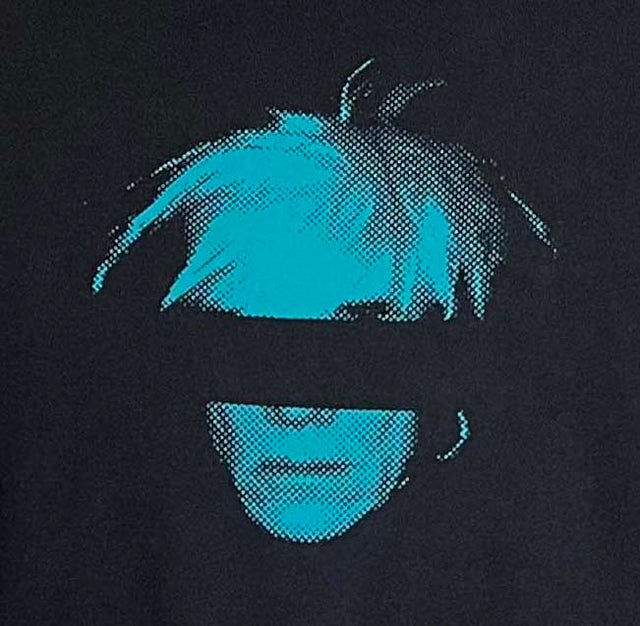 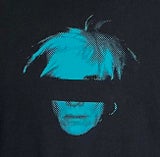 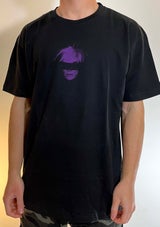 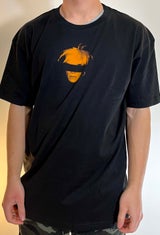 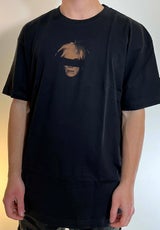 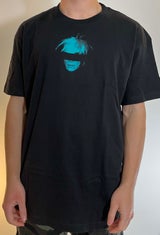 This work is reflective of my conflicted feelings about Andy Warhol's work. I definitely get it. I studied Warhol thoroughly in college. I read his books. I understand his place in the development of late 20th century art. He is, without a doubt, a very important figure in the history of modern art.

To me, Warhol's works of true value ended shortly after he became famous. Subsequent work was more a phenomenon of cult. Most of the work created in The Factory, to my eyes, are not compelling works. In that, my own sense is the art world (art collecting world) tends to be "Warhol blinded." There are so many other artist of the same era who did far more compelling works, people like Jim Dine, Sol LeWitt, Robert Rauschenberg, Cy Twombly, and Jasper Johns.

The image I've used here is one of Warhol's own Polaroid self portraits. In using his own image of himself, and altering it, this becomes a polysemous image referencing Warhol's own penchant for use of acquisitional images, which in itself harkens back to Marcel Duchamp's "Ready Mades" of 1916.

I am adding live photos as I have them available. For colors not yet photographed use the color reference chart as a guide.