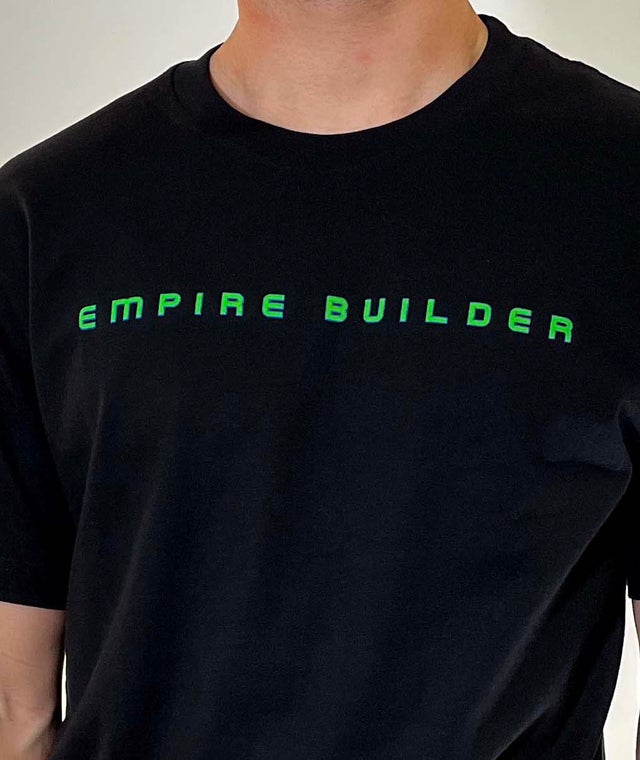 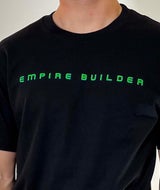 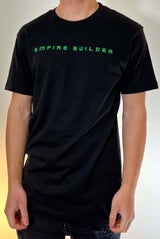 This is another font inspired design. The Empire Builder font was originally used by the Great Northern Railway for their lines between Chicago and Seattle during the travel boon post WW2. This design appeared on the side passenger cars at the time.

This shirt offers a counterpoint to the Western Socialist font design. I find both to be beautiful examples of lettering emblematic of the mid-20th century.

Printed with water-based inks for a soft feel.